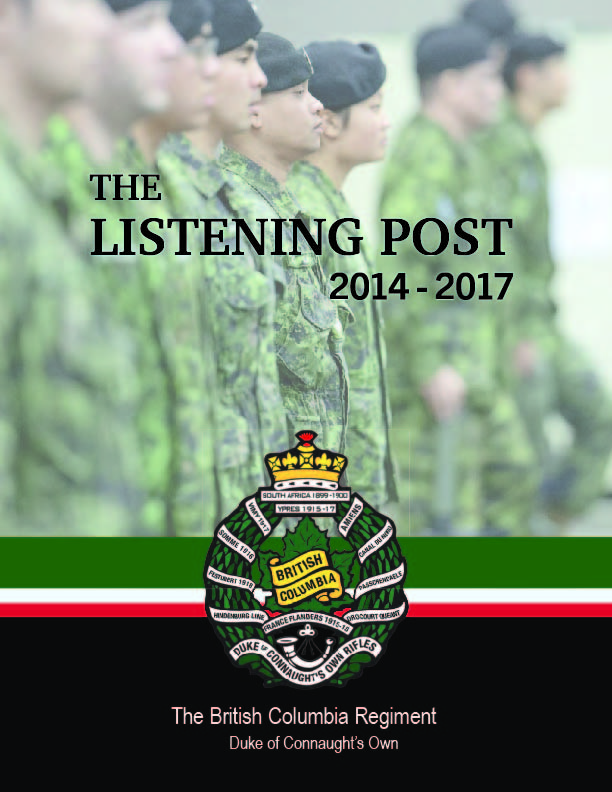 A Summary of Events Within The British Columbia Regiment

Duke of Connaught’s Own

Our mission is to train armored reconnaissance soldiers for domestic and international operations; and we have done just that. In the past year members of the regiment have deployed to Eastern Europe on Operation Reassurance,
to Africa on Operation Soprano and a significant portion of the Regiment deployed to assist the province of British Columbia control forest fires on Operation Lentus… [read more]