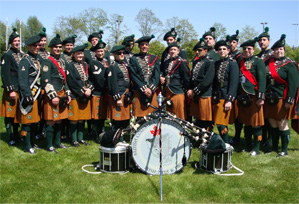 The band, which is an all-volunteer band made up of civilian women, men and youth of diverse ethnic origins is based out of the Beatty Street Drill Hall in Vancouver. The band practices at Templeton High School in East Vancouver and #179 Commercial Drive Legion.

The members of the band finance operation through many fundraising events and the kind donations of supporters. The band plays at various civic functions, charitable events, parades, and military functions, primarily in the Metro Vancouver Area. 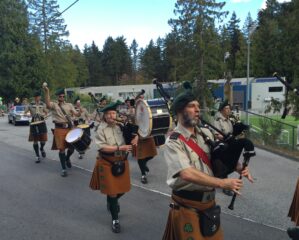 The uniform is that of an Irish Piper as Connaught is an Irish county, and the piper wears the badges of the 7th Battalion and the DCOR.