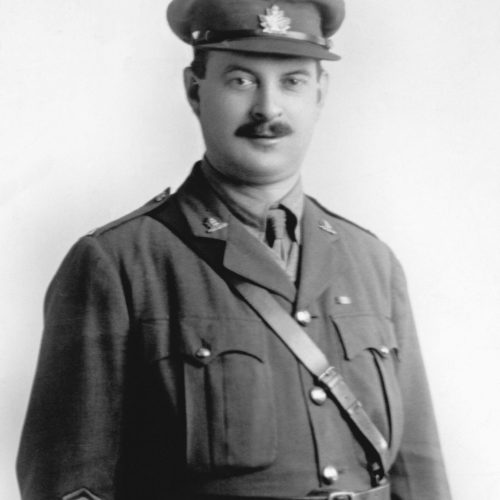 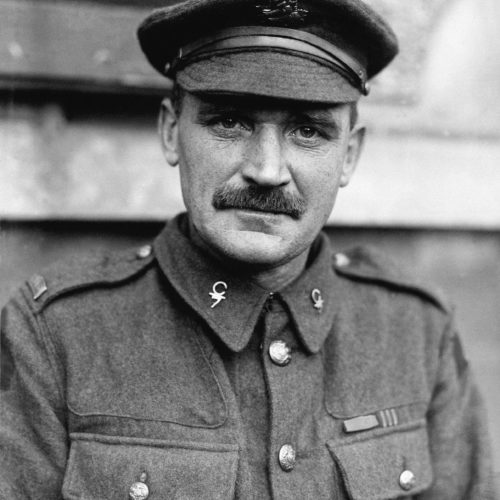 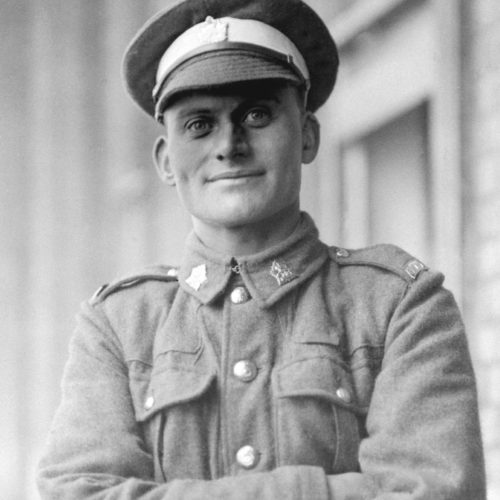 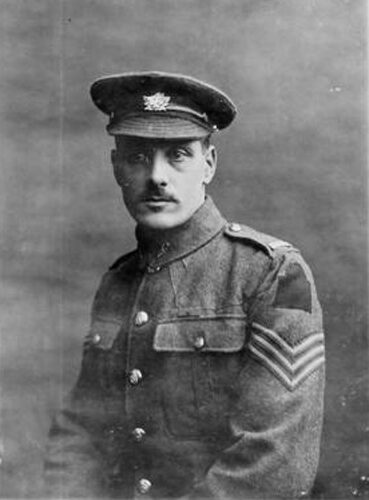 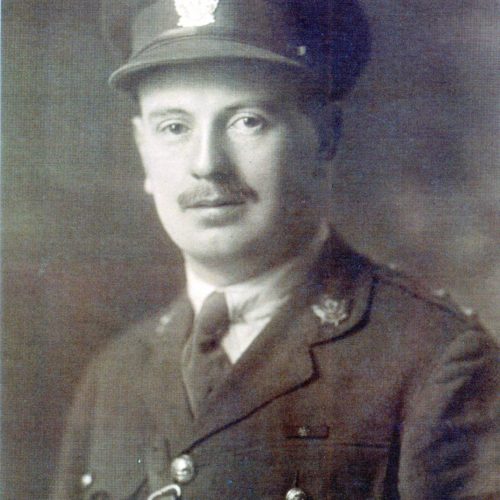 For most conspicuous bravery and devotion to duty near Keerselare on 24th April, 1915, during the German attack on the Ypres Salient Captain (then Lieutenant) Bellew as Battalion Machine Gun Officer, had two guns inaction on the high ground overlooking Keerselare. The enemy’s attack broke in full farce on the morning of the 24th against the front and right flank of  the battalion – the latter being exposed owing to a gap in the line.

The right company was soon put out of action, but the advance was temporarily stayed by Captain Bellew, who had sited his guns on the left of the right company. Reinforcements were sent forward but they in turn were surrounded and destroyed. With the enemy in strength less than 100 yards from him, with no further assistance in sight Captain Bellew and Sergeant Peerless each operating a gun, decided to stay where they were and fight it out.

Sergeant Peerless was killed and Captain Bellew was wounded and fell. Nevertheless he got up and maintained fire till ammunition failed and the enemy rushed the position. Captain Bellew then seized a rifle, smashed his machine gun,and fighting to the last, and was taken prisoner.

Private O’Rourke was a stretcher bearer, who during the period 15th/17th August, 1917, worked continuously for the three days and nights bringing in the wounded to safety, dressing their wounds and supplying them with food and drink.

During the whole of this period at Hill 60, Lens, France, the area around where he worked was continuously shelled and swept by heavy machine gun and rifle fire. He was, on several occasions, knocked from his feet and even partially buried by enemy shells. Seeing a blinded comrade, who was being sniped at by the enemy, stumbling around ahead of their trench, Private O’Rourke immediately leapt out and went to his aid, bringing the man back, all the time under sniper fire.

On a later occasion he went forward once more, a distance of 50 yards ahead of our barrage: all the time under heavy and accurate fire from enemy machine guns and snipers and brought in another wounded comrade. Once again, when the posts were retired to consolidate, he made his way out, again under extremely heavy fire, to bring in a wounded man who’d been left behind. He showed an absolute disregard for his own safety whilst going to the aid of the wounded in spite of his own exhaustion and being continuously under heavy fire from the enemy.

On 21 August 1917, at Hill 70 near Lens, France, Sergeant-Major Hanna’s company met with most severe enemy resistance at a heavily protected strong point, which had beaten off three assaults and all the officers of the company had become casualties.

This warrant officer, under heavy machine gun and rifle fire, coolly collected and led a party against the strong point, rushed through the wire and personally killed four of the enemy, capturing the position and silencing the machine-gun. His group consolidated its position by hastily building a fortification block, but the Germans were quick to attack in force.

Hanna and his party bravely held on against repeated assaults until they were relieved later in the day. This courageous action was responsible for the capture of a most important tactical point.

For most conspicuous bravery, devotion to duty, and initiative during the operations east of Arras from 2nd to 4th September 1918. Ahead of his company he rushed a trench occupied by a large party of the enemy, personally bayoneting two and taking ten prisoners.

Later he located and engaged with great skill, under constant rifle fire, an enemy sniper who was causing many casualties. He then rushed the section of trench from which the sniper had been operating, and so demoralized the enemy by his coolness and daring that thirty others surrendered to him.

Again, regardless of his personal safety he left cover under heavy machine gun fire and carried in a badly wounded comrade.

His indomitable courage, cool foresight, and daring reconnaissance were invaluable to his company commander and an inspiration to all ranks.

For Most conspicuous and skillful leading during the operations north of Cambrai. On September 27th, 1918, whilst leading his platoon against Bourlon Wood, he rendered invaluable support to the leading company, which was held up by a strong point, which he captured by a flanking movement, together with thirteen prisoners and one field gun and four machine-guns.

Later, his platoon, now much weakened by casualties, was held up by machine-guns at the southern end of Bourlon Wood. Collecting any men available, he led them towards the strong point, and, springing forward alone rushed the position single-handed killed the officer in charge, subsequently capturing at this point forty-five prisoners and five machine-guns. Having made good his final objective, with a further capture of forty-seven prisoners, he consolidated his position and thus protected the remainder of the company.