The Regiment continues its long tradition of marksmanship excellence. On display are trophies dating back from the late 1800’s to the modern era. The collection also includes many of LCol Hart-McHarg’s awards, including the Kaiser Cup which he won in 1913. One of our most treasured trophies on display is the Governor General Cup, which was awarded to the best Artillery Company in Canada. It was won by the Regiment in 1898 prior to converting to Rifles.

“If there is only time to teach a volunteer one thing on his way to active service, that one thing is to shoot straight. It is absolutely essential that he should be a good shot; it matters very little whether he presents arms perfectly or not.” 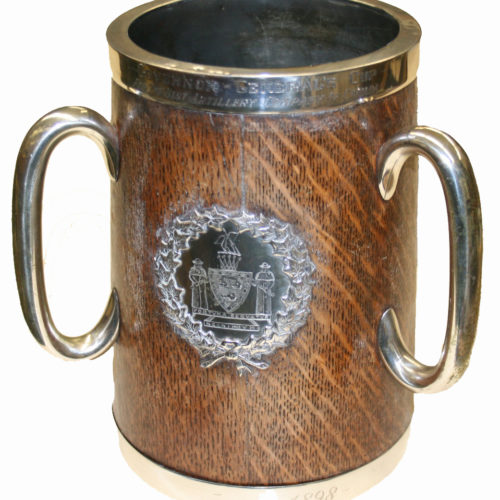 The Governor General Cup, won in 1898 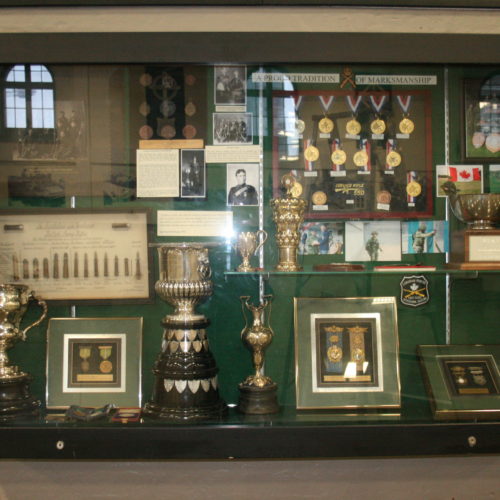