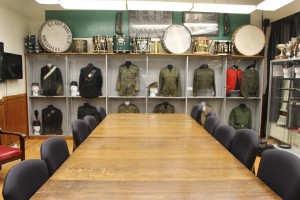 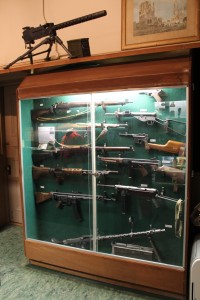 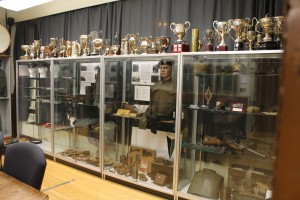 World War One and Two Displays 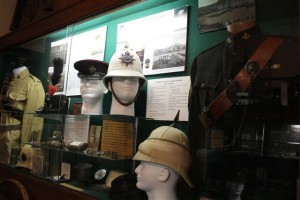 Items from the 6th Duke of Connaught’s Own Rifles era

Since 1982 the Regimental Museum has been a showpiece of the Regiment. Under curator Greg Loughton the jumbled artefacts collected over the years were put into order, with new display cases and uniforms being displayed on mannequins. When Greg left to become curator of the Royal Military Institute in Toronto, Captain (retired) Bill Edgar took his place temporarily. Temporarily soon became permanent, and Bill continued to run the museum with the help of the Museum Committee.

Today the museum is run by a dedicated staff of volunteers. Over the past few years many new items have been donated and purchased which are now on display. Most artifacts are owned by the BCR Museum Society; others are on long-term loan. The museum is open on most Wednesdays and upon request. We are a non-profit organization and are dependent on donations and volunteers to succeed.

The Regimental Museum displays firearms early as the 1800’s, captured World War Two weapons, and firearms and equipment used in the cold war. Authentic uniforms from all eras of our history are displayed, also medals ranging from the Crimea War to the conflict in Afghanistan.

If you wish to donate relevant artifacts, please email bcregiment@gmail.com