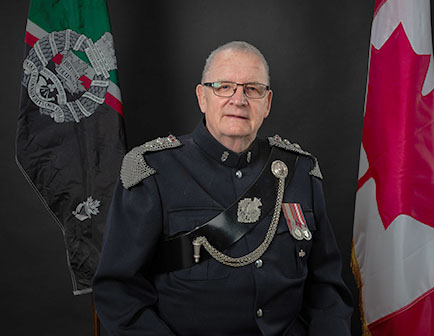 Ted was born in Saskatoon, Saskatchewan, and moved to Burnaby, British Columbia in 1954. He received his Juris Doctor from UBC and has been a partner in the law firm of Hawthorne, Piggott & Company (“HPLaw”) since 1973.

He has been actively involved in numerous aspects of The British Columbia Regiment (DCO) for many years; initially serving in the Cadet Corps, joining the Regiment in 1961 and participating in all facets of the Regimental Family.

Ted is Chairman Emeritus of Columbus Long Term Care Society with over 35 years of service.  Ted has also served as a director, officer or trustee of many other non-profit charitable organizations, including, President of Chacko & Lize Simon Scholarship Trust, Chairman of The BC Regiment (DCO) Charitable Trust, Honorary Solicitor and past director of The Army Cadet League of Canada (BC Branch), Past Chairman of the 2290 BCR (101 DCOR) Cadet Corps Executive Committee of the Support Committee. and past Director of the Veterans’ Care Facility, George Derby Care Society and Vice President of Derby Manor Housing Society,

Professionally, Ted is a member of the Law Society of British Columbia.  In 2017, the Canadian Forces Liaison Council awarded HPLaw a National Award for support of the Reserve Force and a Provincial Award for the Most Supportive Employer in British Columbia, and in 2021, HPLaw was presented with a Certificate of Appreciation by CFLC for their support of Operation Laser, the Canadian Armed Forces response to the COVID-19 Pandemic.

Farid Rohani is a successful entrepreneur, senior executive, and community leader. In addition to his extensive business interests and activities, Farid has volunteered for and led many significant organizations as an engaged and contributing citizen since he came to Canada from Iran as a young boy.

Farid has held several prominent leadership roles both locally and internationally. He served for many years as the Chair of the Laurier Institution and was appointed as Chair Emeritus of the organization for his involvement and significant contribution to the institute from its original inception in 1989. He was also a board member of the Nowruz Commission in Washington, D.C.  where he served for three years.

Farid is the treasurer and board member of Integrity Initiatives International, a US based organization focused on establishing an International Anti Corruption Court. Farid further served for three years as the Vancouver Chair of the Institute For Canadian Citizenship and he led the hosting of the first Citizenships Ceremony held at a First Nations Community.

Farid continues a significant contribution to the local community by serving on the foundation board of the Royal Columbian Hospital Foundation, a Board member of The Global Reporting Center and an advisor to First Nations Golden Eagle Rising Society. He has established Khanjani scholarship at UBC and is a supporter of the artistic community in Vancouver.

Farid’s extensive contribution to Canada and his local community has led to him receiving several notable distinctions, including being appointed to serve as Honorary Lieutenant-Colonel of The British Columbia Regiment (Duke of Connaught’s Own),  a recipient of the Canadian Senate’s 150th Anniversary medal and recognized as a Fellow of the Royal Canadian Geographic Society. Farid was also awarded the Provincial Multicultural award in 2012 for his work around diversity and inclusiveness. 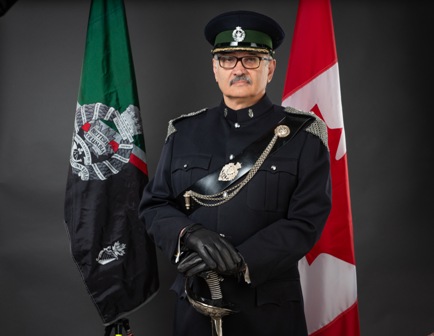