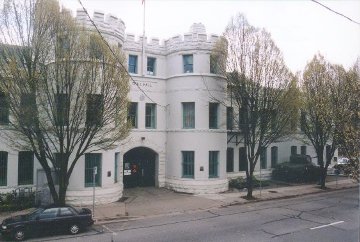 The British Columbia Regiment (Duke of Connaught’s Own) is an armoured reconnaissance reserve regiment and as such is tasked with providing qualified reconnaissance soldiers to assist the Regular Force in meeting Canada’s military commitments.

All training is conducted to regular force standards. Soldiers are trained in all aspects of weapons handling, field tactics and the use of vehicles to fulfil missions and tasks assigned. If job / schooling commitments permit, members can take full-time courses during the summer months, or apply for full-time positions with the Regular Force in taskings such as United Nations & NATO peacekeeping missions.

Originally formed in 1883, the British Columbia Regiment is the oldest military unit in Vancouver. The Drill Hall, where the Regiment parades, is a heritage building located in downtown Vancouver at the comer of Beatty and Dunsmuir. The two tanks in front of the Drill Hall make the Regiment a familiar landmark to the residents of Vancouver. The Regiment has a long history, during which it has been designated as Garrison Artillery, Rifles, Infantry, Armour, and Reconnaissance. In the course of its history, the Regiment has received 34 battle honours. It has been a member of the Armoured Corp since 1942, and since 1965 it has been tasked as Armoured Reconnaissance.

The British Columbia Regiment (DCO) is based in the Beatty Street armoury which is close by General Motors Place in downtown Vancouver. If traveling by Sky Train, get off at the “Stadium” station and we are across the road from the exit.

Parade nights are currently modified to adhere to COVID policies, however recruiters can be reached via phone or email during business hours throughout the week.